An interview with a studious Japanese woman who loves sex so much she left her husband to work as a hotel escort and caters to both genders.

(Translator's note: this is the fourth entry in the Men's Cyzo Japanese Sex Worker Series and unlike the three previous entries, this one more closely follows the flow of an interview hence its categorization on My Dearest Desire. This is another great read into the Other Side of Japan that is only hinted at in mass consumption media. This is prime material for those wanting to know more about the various sex industries that make up Japan's red light district along with adult video from unique perspectives of those who actually walked the walk.)

There's a good chance those who enjoy reading started their passions with books at a young age. My own mother had me read a variety of books such as Little Women and Anne of Green Gables when I was still in school. D-ko (currently in her twenties) had a similar relationship with her mother. In particular, she had much fondness for a certain book about safe sex.

Unlike the west, sex education within homes is still quite taboo in Japan. Thus, it's safe to say D-ko's mother thought very progressively. When relaying this to her, D-ko replied, “My mom was pretty normal. She worked in a medical office.” The birds and the bees were something discussed at their residence. “I learned from talking with her that my first time having sex may not be comfortable and she was right,” D-ko remarks while laughing.

When I asked her when her first time was, D-ko needed some time to collect her thoughts. “My first time going to a love hotel was when I was 18. I went with a boyfriend, but we didn't actually do it. The first time we actually did it was a year later.” It was humorous to hear her reply in such a way, but this is just her personality in action.

In spite of that book igniting her interest in sex, she didn't lose her virginity until she was almost an adult. Some who have waited it out before cashing in on their maidenhoods have had first experiences that were way better than they imagined them to be. Others may have been let-down. That precious experience they cherished and imagined over the years turned into nothing more than a simple act of coupling no more complex than choosing what toppings to add on one's ramen. How did D-ko fare?

“I wanted sex to be my life's calling.”

This was unexpected and I asked her how she felt her first time was: “Didn't it hurt? Weren't you disappointed?”

“There was a learning curve,” D-ko replied in the positive. “It took getting used to, but I ended up thoroughly enjoying it.”

D-ko may have had an immense passion for sex, but she did not enter the world of Japanese brothels right away. She also liked to study. In fact, she majored in philosophy. She even went on to graduate school. There, being a rebel, she went so far as to even receive a tattoo. Although tattoos are somewhat chic nowadays, it still was peculiar for the academic D-ko to receive one.

“I was inspired to get a tattoo after reading Akutagawa Award-winning Snakes and Earrings.”

She went from reading an innocent book about safe sex to a fictional account of a BMEZine platinum member literally splitting her tongue.

D-ko lucked out and got into a good company after graduating. It was all that she hoped for and more. However, going back to her love of sex...was she still enthralled by it?

“I've been using Skype to get many sex friends since I was in college.”

She sure is a Japanese woman of the digital age. According to her, this online method of recruiting netted her about 80 partners.

“I want to ascend to the triple-digit mark before I become 30 years-old.”

With her bombshell looks, D-ko is the target of never-ending nanpa anytime she is out and about. She only needs to sleep with 20 more men to meet her goal and she's nowhere near 30 years-old. Success is all but ensured. She'll even respond to audacious nanpa attempts if the gentleman interacting with her meets her fancy.

It's amazing how well she responds to nanpa. Where most women despise it, D-ko thrives in it. With her fondness of Skype dating and street pickup, can she also maintain any serious relationships?

“When I was in college, I dated someone for 3 years and eventually we married.”

Does this mean that D-ko used to be a wife? “Yes, for only one and a half years,” she noted.

Written by Mikako Kikuchi.
Mikako Kikuchi was born on March 17th, 1977 in Morioka, Iwate Prefecture. Between the ages of 21 and 29, she worked as a cabaret club hostess, telephone sex operator, and an AV actress. She now writes for a living 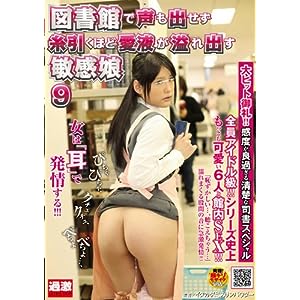 (Translator's note: D-ko seems to be a living contradiction: brains, a love of studying, and sex with a nearly insatiable urge for procreation. Those skilled in nanpa knows its a numbers game and even then, reeling in a beauty such as D-ko is a very rare and experience. Japanese women in big cities despise nanpa and most automatically assume anytime a random gentleman approaches her, it's for recruiting her into some type of nefarious Japanese water trade establishment or squeaky clean Japanese AV.)