Explosion into Japanese AV via Date Clubs and Handjobs First Half

The true story of a Japanese office lady fed up with her day job and deciding via the well timed call of a street scout to switch to a career in AV.

(Translator's note: this is the second entry in the Men's Cyzo Japanese Sex Worker Series. Category-wise, they're not exactly Editorials though they feature pieces based on opinion and less fact and they're not exactly Interviews due to less focus on questions & answers and more focus on a narrative flow. What they are for sure are great reads into the Other Side of Japan that is only hinted at in mass consumption media. This is prime reading material for those wanting to know more about the various sex industries that make up Japan's red light district along with adult video from unique perspectives of those who actually walked the walk.)

“Was your first time early since you were living in the boring Japanese countryside?”

She was a girl from the countryside once upon a time. That's for sure. And just like the author of this piece, she is not too fond of associating her hometown life in the Iwate Prefecture with her current profession. Those from the country get a lot of flack from city-folk. Heads shake in disapproval when one's origins are discovered. B-ko, age 33, fits this description. Her bucolic hometown was quite far from Tokyo taking over 3 hours of travel time via bullet train.

“I don't recall much pleasurable things to do in the countryside, but my school was somewhat memorable being closer to the city. Then again, very few of the people I knew were having sex.”

B-ko had friends of both genders, but did not have sex during her high school years.

She left her hometown after graduating high school and went to college in the city. Her first two years of college life were quite maidenly as just like her time in high school, romantic relationships were nonexistent. Surprisingly, she found herself enrolled in a rare Japanese university where students did not party and cut class all the time. Actually attending all the lectures was the norm! B-ko's first time was when she was a full-fledged adult at age 20. This wasn't a boyfriend however. Instead, she connected with him via the internet on one of those hookup sites.

For B-ko, was her decision to advertise herself on a hookup site in spite of being a decent student at an all-women college based on wanting to lose her virginity already or to make some money?

Her response was stunning:

It's surprising to hear about this pure Japanese girl form the boonies deciding to lose her maidenhood in such a way. B-ko's partner from the dating site was as stunned as I was that a virgin would be using a service like that. B-ko, on the other hand, looks back at that happening with humor.

After graduating from college, she set her eyes on finding a job in Tokyo. Going home was not something she intended to do. Office work was found, but it wasn't an easy gig like OL's usually have. Even B-ko in all her devout sternness found her employment to be trying.

“I should of thought more about it before signing up for such hardship.”

There was only so much that B-ko, the serious college graduate, could take and it wasn't long before she started to truly detest clocking in. There were no positives about the job—even the pay was substandard. She gradually began to doubt her chosen employment.

It was at this time, the near nadir of B-ko's burgeoning doubts of her choice in life, that the clarion call belonging to a Japanese AV scout man was heard.

In response to asking her, “wasn't it fishy for a man to be talking to you like that?”, B-ko said, “maybe to some extent, but my ears were open to what he was saying.” Scouting was new to B-ko. Her hometown was devoid of it. Even catch sales and nanpa were essentially unheard of. Your average city-dweller would instantly associate a scout with being suspicious, but B-ko had not yet developed this type of discriminatory mindset.

Could she have been all ears even when the scout mentioned the possibility of working in the Japanese AV industry? Perhaps it made no difference as B-ko remarked, “the timing was perfect as I truly was nearing my limit at my job and could not take much more.” An industry that rewards—financially awards—actually trying hard pushed all the right buttons as the pay from her current work was the same no matter how she performed.

At age 24, B-ko decided to enter the world of Japanese AV. 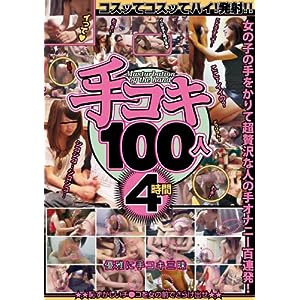 (Translator's note: Working for a Japanese-run company in Japan is generally a rough experience. Generally speaking, the larger the company is, the worse it'll be. Everyone has their limits and some extend them preternaturally via nightly drinking parties and other vices of decreasing quality. Some simply crack. It seems like B-ko was in the latter group and fortunately found her calling before going overboard.  This is what working for a black company will do to you.)