The Compensated Dating of Health Services via Snack Bars Part 2

The world of Japanese brothels is diverse and the most tame are pink salons. I inquired as to why A-ko did not consider working at one of them. At Japanese pink salons, getting naked is not a requirement. All one has to do is perform blowjobs and handjobs. Her reply was surprising given her history: “I didn't even know about them.” (Translator's note: She probably wouldn't. Pink salons are mainly relics of the bubble era.) Although she has been a cog in the Japanese sex industry wheel for a good portion of her life, A-ko's knowledge of the intricacies of her adopted industry have been lacking.

A-ko elected to work for a delivery health company after seeing advertisements promising high pay. However, due to modifications in laws regulating prostitution, opening new sex establishments is impossible. Thus, the birth and proliferation of Japanese delivery health. It doesn't change much for both the customers and the women employed. In fact, many of the women who work in the delivery health field have only heard of soaplands and pink salons in passing.

Nevertheless, A-ko did not last long working as a delivery health 'escort'. Just like her snack bar experience, two months was enough. This time, she opted to work as a 'masseuse' at a massage parlor—or a fashion health.

While attending college, A-ko, currently 24 years old, first began working at a snack bar and then switched to delivery health. However, neither resulted in enough income to make her satisfied. The time it took to meet a customer at a hotel was a financial loss in A-ko's eyes. In addition to this, more customers wanted to go all the way even if that's not what they originally agreed to.

This along with less encounters with male staff due to the nature of delivery health led to uncomfortable situations. That at least, did not differ from her freelance enjo kousai endeavors. Not wanting to sit around and wait for work, her coworker recommended she look into working at a fashion health establishment.

For those not familiar with Japanese fashion health, unlike their delivery health counterparts, actual locations exist. A-ko remarked that she could provide her customer's with more affection in this setting. Since she was around male staff more often than her previous health job, she felt more attached and also felt a strong need to give back to her employer.

Another factor for her switch to fashion health was that since running a delivery health service has a much lower bar to entry, unexperienced owners who are looking for a quick buck are commonplace. They also lack decent management skills and are not very selective as to whom they hire. To open and work for a fashion health requires a lot more out of a person as there is an actual business location to operate (Translator's note: since delivery health services operate out of hotel rooms and residences, cleaning up is not something the staff needs to worry about.). A-ko first heard otherwise from the manager of a delivery health, but eventually reached her own conclusions. 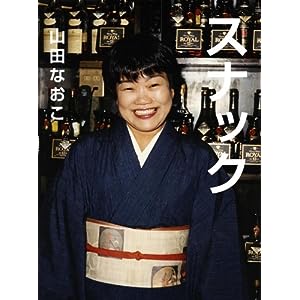 (Translator's note: Yes, both pink salons and even soaplands are not as common now as they were during the joyous Japanese bubble era. They still exist and you can find both in any major city, but their facades almost always look outdated and well...bubbly as the saying goes. Even fashion healths are not that common—at least ones staffed by actual Japanese women.)