The Compensated Dating of Health Services via Snack Bars Part 1

(Translator's note: this is the first entry in the Men's Cyzo Japanese Sex Worker Series. Category-wise, they're not exactly Editorials though they feature pieces based on opinion and less fact and they're not exactly Interviews due to less focus on questions & answers and more focus on a narrative flow. What they are for sure are great reads into the Other Side of Japan that is only hinted at in mass consumption media. This is prime reading material for those wanting to know more about the various sex industries that make up Japan's red light district along with adult video from unique perspectives of those who actually walked the walk.)

'Sex', they say is recession-proof.

The recession continues to linger negatively affecting almost all forms of businesses with the possible exception of the one type that deals in physical love.  The Japanese sex industry encompasses many sub-industries from private video rooms to love hotels to even the selling and distribution of novelty toys. What kind of people actually belong to this unique type of industry?

We'll take a look at A-ko who is 24 and has been working within Japan's sex industry for almost half her life.

It goes without saying that working in this field when you still have not even completed compulsory education is a no-go. That's the law, but reality works the other way as this Japanese industry attracts many women who are early-bloomers. (Translator's note: These types of gray area participants aren't necessarily working in brothels. Do not confuse them with the type of human trafficking that some countries in other parts of Asia are notorious for. Rather...) ...take note that many of these gray area participants find 'work' via means of the internet on websites designed for enjo kousai—or compensated dating.

When one thinks of the types of Japanese girls taking part in enjo kousai, images of delinquents with gaudy colored hair and clothes that show more than what decency allows for are the norm. However, A-ko did not subscribe to this rebellious image. In fact, she was the total opposite. A-ko attended a high class Catholic private school that featured a curriculum heavy in encouraging its student body to get out and volunteer.

Unlike a public school, private schools in Japan cost money. A lot of money. A-ko remarked that her parents were not rich nor had much of an academic background, but wanted her in an environment where she could receive a quality education.

Her objective was to be as good of a student and daughter as possible since her parents footed the bill for her private education. This is why she kept her ventures in enjo kousai a secret. “I thought I was anything but difficult,” says a recollecting A-ko.

After hearing about her background, I yearned to know more. Strangely, her decision to take part in enjo kousai was not for financial reasons. Her reasonings were vague as to why she first put herself up on hookup sites. Sex was not something she particularly liked, but also did not hate either. However, dating sites are frequently centered around that type of activity.

Rather than sex, her fondness was more about the drink. After leaving home to start college, she turned her hobby into employment by working part-time at a snack bar. Unfortunately, her rather short work schedule of just three hours a day from 9PM to midnight only netted her 7,500 yen (approximately $75USD). 2500 yen an hour is pretty good money for a part-time gig, but it wasn't enough for A-ko. Thus, she decided to exchange emails and phone calls with customers along with spending time with them before- and after-hours (Translator's note: the former is known as douhan and is common practice for hostesses and hosts). What's more, even during work when drinking was off-limits, she still had to find ways to keep customers entertained.

Two months after being employed at a snack bar, A-ko quit and walked past the welcoming entrance into the world of Japanese delivery health--also known as escorts who make nothing but outcalls.

I asked her why she opted for delivery health since she already had experience on dating sites. “Working on my own was dangerous,” she replied. “I felt like my luck with good encounters was eventually going to run out.” She has a point especially when considering the amount of times as of late where 'online dating' has been associated with pure sex. As an adult, her continued exposure on the enjo kousai circuit may lead to less than favorable encounters. 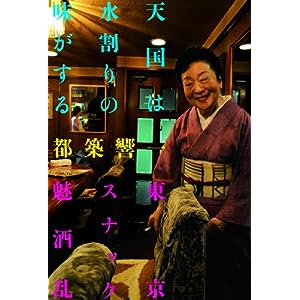 (Translator's note: Enjo kousai has gotten a very bad wrap as of late as it was mentioned in a recent human trafficking report. There definitely is nothing good about high school students in Japan taking part in these types of services though as shown by A-ko's story, but always equating enjo kousai with human trafficking may be overdoing it in many situations.)