The Structure of a Japanese AV Company Part 3

The initial steps needed to film and produce a Japanese AV movie are explained with a footnote about assistant directors.

I'm sure the previous posts have created more questions than answers about the inner workings of Japanese AV companies. In fact, talking about AV in this format nowadays may even be seen as slightly humorous. One thing's for sure and that's the decline of the art of making good packaging.  This is the result of more people viewing movies on the internet. Some people opt to forgo the retail experience and watch something essentially the same online.

However, there is something I want you all to consider: the proportion of actual Japanese AV in ratio to movies filmed by real amateurs. It's almost certainly 90% movies made by Production Companies.

It's now time to talk about these Production Companies. As some of you may recall, my time working for an AV company was spent with one that focused on the distribution side of the business. Then again, 'Production Company' is a term most makers of AV identify themselves as. It also may seem redundant, but many Production Companies have sub-labels within their company that each focus on different genres.

Most Production Companies produce titles made for a male audience. The majority of their work centers around filming. Take note that 'filming' in this sense does not only mean sex. There's also scenes and situations that need to be filmed as preparation for the 'main event' and all this ends up being a time-consuming task leading up to a release date. Now I will explain the process of filming and then releasing a Japanese AV movie.

Finding an ideal studio and/or location is next. Well-known studios are the usual go-to for most productions. However, this does not apply to public nudity movies. Careful researching of the surrounding area is performed to ensure filming can occur without any unexpected incidents. Although filming in areas with heavy pedestrian traffic exists, it's not very common and is mostly carried out only by a few rogue Production Companies.

Step 3: The Setting, The Props, and Wardrobe

New ADs work like there's no tomorrow during this step. Those that don't take this step seriously don't last long as ADs. Larger Production Companies with bigger productions in mind often keep large storage areas full of props. Some companies even rent out an apartment unit to use as a storage area. It also takes a lot of time and effort to select the right items especially for more grandiose productions. This sometimes leads to all-nighters full of tense preparation before the day of production and even those are blessings compared to the setups needed for productions such as train chikan. 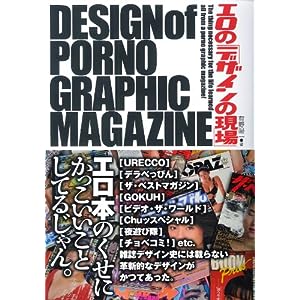 (Translator's note: Assistant Director has such a nice ring to it. In fact, the English entry for it on Wikipedia describes a position that's almost the polar opposite of the Japanese AV version of an AD who is the go-to for anything the director wants. On another note, watch some public nudity movies the next time you have an opportunity. Take notice of 'suspicious' people simply standing around facing away from the raunchy centerpiece. These are the lookouts who make sure nothing undesirable happens.)