The Structure of a Japanese AV Company Part 2

Society even in Japan gives those who work for AV companies a nasty stink eye in spite of furiously consuming their works.

AD's--or assistant directors--have firsthand experience in working for a Black Company. Spending the night before a shoot in the studio is common along with being the target of angry outbursts for meaningless things from higher-ups. To advance past being a lowly AD, one needs to become a full-on masochist and be willing to follow absurd orders that may sometimes not even make sense.

Being an AD is like being brine that are about to be swallowed whole by a whale of a director. Then again, even the director has a tough job since he has answer to both the producer and stay within company guidelines.

With that said, working for a Japanese AV Distribution Company may not be at all erotic.  A Japanese AV Production Company may have sex, but it's seriously demanding work. What's more, expect push-back. Even in Japan, the adult industry is seen as a low-hanging fruit so expect to be treated differently by those not involved (Translator's note this kind of double standard exists not only in Japan, but pretty much everywhere else. People may shun the adult industries of their country, but the same people who are most vocal about despising it, are most often the biggest consumers of it.).

However, if you land a job with a very famous AV company, it's less of a hassle to transition to a regular job afterword (Translator's note: the author implies that it isn't necessary to omit your work experience with them from your resume.). Japanese AV domestically grosses several billion dollars (USD) a year (the same as video game companies). In spite of this, there still is much prejudice to this industry. There are many issues of lower salaries coming into play. Working in AV is not seen as high status, thus companies not in the industry may offer transferees lower-than-average starting salaries.

I do know of instances where people successfully have switched from working at famous Japanese AV companies to very large public companies (even those not at management level). Even without surveying one's past achievements, the name recognition alone allowed them a relatively smooth transition to a decent employment level.

Unfortunately, the same cannot be said for those working at smaller AV companies even if they are top-ranking employees. In other words, there are cases of inept employees rising up the ranks in small companies when more able coworkers are left in the dust. This is the troubling and unpredictable dilemma that plagues those working for AV companies. I'd like to call this phenomenon a 'first-class complex.' It's a frequently contradictory case of prejudice and discrimination that many companies of various sizes both in and out of the adult industry seem to take part in. The closer a company associates with an AV company, the more obvious it may become.

The first half of this article was focused more on larger Japanese AV companies. Smaller Production Companies such as the bittersweet world that is the adult studio will be discussed in detail in the second portion. This will be more of an objective piece made from my observations so please do not expect any superficial drama. Expect a behind-the-scenes summary of what goes on in Japanese AV. 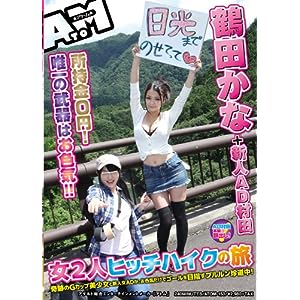 (Translator's note: Who would of thought working for a Japanese AV company is seen as a bad thing? Apparently almost any other company! Working in AV is as demanding—if not more so—than 'normal' jobs and not recognizing people who try with preternatural gusto is truly is a double-standard.  Stay tuned as Wednesday's and Friday's updates to My Dearest Desire will be all about how Japanese AV movies are made--the detailed 8-step process.)