Women in Japan like elsewhere shave their armpits regularly but that does not mean there are male fans who prefer them to put down the razor.

Japan's Cool Biz energy-saving program has begun. Going from an uncomfortable suit and necktie to liberating loose-fitting clothing feels amazing not just physically, but also spiritually. Women also join the fray and it's a feast for one's eyes when walking around town; it's the arrival of the season of joy for all men as their imaginations run riot with lewd thoughts centered upon the soft breasts of all the women out there—some in clothing that's almost see-through!

Contrary to all this wonderful news, not all men are thrilled. The reason? Not all women are skilled at armpit hair removal. The lawless time that's dominated by wearing long sleeves comes under strict regulation with the warmer weather as more revealing attire in concert with shaving and tweezing saunter into town. There actually are a small number of men who fancy armpits that are not causalities of a burgeoning scorched earth policy.

For most women including the author of this piece, shaving one's armpits is considered proper sex etiquette. No matter the season, taking care of one's armpits is a sure thing. On top of that, most men I asked agreed that women with armpit hair is not something they're fond of. However, there are exceptions:  some think exceptionally beautiful women should be devoid of armpit hair, but can make exceptions for women of a less comely appearance. People truly do care about themselves. 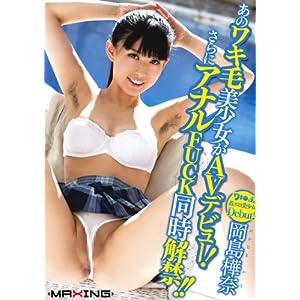 (Translator's note: Once upon a time, the Japanese adult industry was even more regulated than it is now. Those who mourn over titles with newfound 'digital' or 'hyper' mosaic would experience cardiac arrest at the level of blockage titles from the Shouwa (up to the early 1990's) and early Heisei period had to deal with. On top of that, showing pubic hair for the longest time was a no-no. Legs were firmly shut and the camera—and models—got creative. The hair down there was proscribed to some extent, but armpit hair was not. Thus, many nude models kept themselves unshaven as that look somewhat reminded their male fans of pubic hair.)