Fresh from their graduation ceremony and still tight with joy all over make Japanese schoolgirls still clutching their diplomas ideal bedmates.

April is a wonderful month from a male perspective. It was only a month ago that vivacious gyaru graduated from schoolgirl status at the sprightly age of 18 and now is the perfect time to go to bed with them.

Although we're currently in a jukujo boom, men will always be fond one way or another with younger women. It's only natural to be attracted to fertility in order to continue our lineage.

Now, if you're never had sex with a ex-schoolgirl before, how do you go about doing it? It's a waste to simply give up the chance at having sex with one of them on account of you potentially being a 'geezer'. Also take note that spring is a time for merriment and there's a good chance those fresh-from-school Japanese women would love to be embraced and taken in by a kindhearted older gentleman such as yourself.

I want to spend time with 18-year old schoolgirls

Many men when asked about how they can go around achieving this mention they want to spend a lot of time with them. It all goes back to not having that great of a time as a late teenager—especially when it comes to bedtime play—and trying to have another go at it, but lasting longer when it counts most.

Can this make me young again?!

Some think it's possible to suck the essential youth out of ex-schoolgirls via lovemaking. It's thought that as we age, our body odors become more apparent—for both sexes, but even more so with women. 18 year-olds do not have to fret about this. The thought of taking a shower together and seeing all the beads of water repel of her tight skin makes something swell down below.

In order to make your relationship longer than a fling, master the art of great foreplay! It'd be a shame to part only after one session. Make her the object of your desire outside of 'the act' when you go out ot each together, check in at the love hotel, and even listen to her smalltalk while snuggling after coitus. Endure it and you'll reap the rewards.

Some men prefer to skip over 18 year-olds who already have a lot of experience and aim for their less worldly peers. Just because some may have been with many men already doesn't necessarily men their 'sex-age' is that belonging to middle-aged women. Besides, it's not a simple feat to be able to tell how much sexual experience someone has simply by assessing their outward appearance. It's not rare for a gyaru actually being pure and an innocent-looking maiden being something of a tramp. Asking directly about their sexual experience is a lesson in lunacy as you'll almost certainly not receive an honest answer. Steer away from this if you want to enjoy their company in an intimate setting.

It's best to avoid having sex in a way that's improper. If you're not keen on being sexual with these ex-schoolgirls, then tighten up your loincloth. 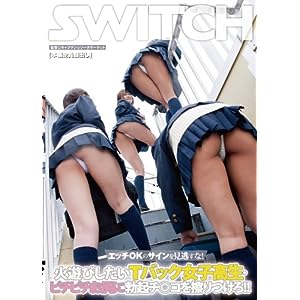 (Translator's note: Experience varies with Japanese women of this age range though as Mikako wrote, looks can be deceiving. That girl with the tanning salon coloring and clothing that reveals way too much may never have been with a man whereas the pale diva with the umbrella may be hiding in the shadow of one too many carnal secrets too count.)