Morning Chikan Rush Hour Sex on the Train Part One

Misa confesses about how she and her boyfriend severely amp up their romance together by having sex on crowded Japanese trains during morning rush hour.

Misa, age 39, tell us about an explicitly lewd happening she experienced on a train during rush hour.

Regular sex was something she was tired of. She didn't get any fulfillment from it any more. Feeling nice was OK, but she yearned for something a lot more intense. What she wanted was something...abnormal. It's up for debate though as to whether she always had bizarre fetishes in this direction from the get-go or she gradually advanced to become something of a sexual deviant...

Although it was highly illegal from a morality standpoint, she and her boyfriend often had sex on trains. It was textbook public indecency. This wasn't simply fellatio and the like. It was full-on insertion. Of course doing this directly in front of other train riders would lead to them being caught so they did some some caution. Both usually wore trench coats with nothing on underneath. This made their sexual play relatively easy to carry out in public. However, it was only seasonal to wear coats like that during the winter thus that was the only time they could carry out their risky activities.

Because of their ingenious uniform choice, they were able to get away with having sex on packed trains. The salarymen on the morning rush hour train cars were inadvertently witnesses to their public and very indecent fornication. They'd generally start with light foreplay by the doors before working their way to the center. Saying what they did was a mild turn-on is an understatement. Their foreplay would begin with kissing before her boyfriend would slide hands through the opening of her coat to fondle her breasts.

Even thinking about that makes me wet! 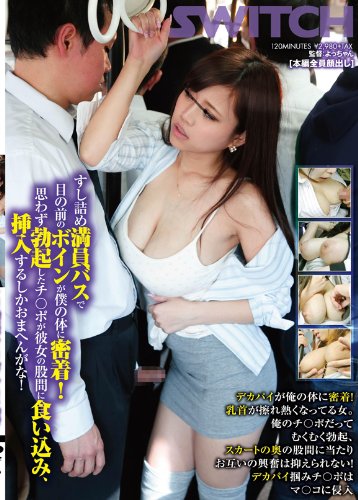 (Translator's note: this definitely could happen. Japanese people are oft to ignore uncomfortable situations so even if they were 'caught in the act', they'd most likely still be in the green to continue. This goes double if they were in a regular train car and not a female-only one. Amidst a horde of aroused salarymen, they may be given the green light to shed their trench coats!)