Japanese men are surveyed about when and how they measured themselves if ever in order to find out if size really is an issue.

As a woman, this is somewhat of a humorous writing assignment. With the weather still pleasant, wearing layers of clothing is still not common and with that, one wants their body to look good and slim. Not limited to just this author, but women are quite concerned with their weight. I've never heard of men lusting after plump women (translator's note: we do.), so for many of us, it's dieting all year round to remain desirable.

Bust size is something women are as concerned about as our weight. There are many women on Twitter and similar anonymous services that frequently upload selfies of themselves focusing on their chest. Male followers frequently reply comments praising their size which aids in making them feel more confident.

Men, on the other hand, are more concerned about their height and 'length'. With height, taller men are more model-quality than their shorter peers. What's more, just like weight, height is something one take a lot of a lot of pride in.

So how about the size of one's dick? Just like one's height, it's something you can't really fib with. However, what makes it different from height is that too big is not a good thing. Most women prefer someone with an average size dick versus one who's simply too big. Nevertheless, from a male perspective, one cannot simply ignore the size of their manhood. Just as how women mount the scale, there certainly are times when you place a ruler parallel with your erection.

In regards to this, we've received many compliments from men when it comes to measuring themselves.

1. In a group setting

Most men become interested in measuring themselves during the second half of compulsory education when changes become visibly apparent. This is the time when they become interested in more adult-like things. It's not rare for students to covertly assemble after school or on field trips with a ruler ready for an impromptu 'measuring circle'. It almost feels like everyone is going number one together, but with less cleanup.

I know of a certain man in his forties who measured himself on a whim, but was fraught as he did not know how compared to the average. 'Back then we had no internet so my knowledge of things like this was nil,' he reflected.

4. Figures posted on the net

A man in his twenties was on the other end of the spectrum shared by the gentleman in #3. 'I was overwhelmed and full of doubts after reading how big the penises of actors were. However, I was put at ease when I started being intimate as women told me I was on the big side.'

Some men may frantically want to know how their member compares leading to a hectic bout of rather uncomfortable measuring in a vain search for questionably accurate figures. This is yet another thing the youth worries too much about. 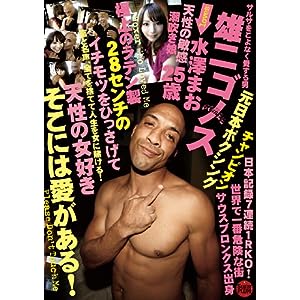 (Translator's note: Penis size does not matter. That's for sure. As seen in various Japanese adult videos, not every actor possesses a massive member and some are downright minuscule. Big or small, they certainly know how to use it in order to make themselves and their AV star partners caterwaul with pleasure.)