History of Prostitution in Japan: The Kamakura Period Part Two

The Heian period ended with strife but in its place fostered a new era of Japanese history known as the Kamakura period where prostitution was first regulated.

Around the time these prototype fashion healths were gaining popularity, regular inns also saw a boom in the precursor to modern day escorts:  delivery health.  They were not as forward as escorts however.  The era of the inns in the Kamakura period also saw the introduction of traveling puppeteers.  Some among them were women.  Their main line of work was being the source of entertainment during dinner parties by performing elaborate puppet shows behind curtains.  It's also thought that the females amongst them also worked as prostitutes.

Not related per say to the after-shift activities of female Japanese puppeteers, but it is strongly believed that these puppet shows led to the creation of sarugaku and bunraku which both still exist in modern day Japan—especially the latter.  You can almost consider the proliferation of Japanese theater somewhat of an offshoot of the success prostitutes saw during this previous period of Japanese history.  This author thinks what began here also led to women becoming skilled in dealing with men—a precursor to hostesses perhaps?

We've been going off on a tangent for a bit so let's return now to what this piece is all about.

It's easy to imagine as the Kamakura period led into the Muromachi period that the brothel-based prostitutes easily gave way to the street walking types we associate with today.  One era segueing into another is bound to create something of a period of lawlessness.  However, contrary to this, prostitution was actually regulated during this medieval era of Japanese history.  More than just being regulated, it was actually taxed!  Government-sanctioned brothels were erected as well with the first being part of a pioneer red light district known today as Dotonbori in Osaka.

With the increasing dominance of the samurai in the ruling class, prostitution was seen less and less as a pathway to divinity and more of a career path accessible to any willing and able woman.  It doesn't come off as an exaggeration to claim that modern Japanese brothels were truly born around this time.  In particular, the reign of Toyotomi Hideyoshi was when these changes become most apparent.

Red light districts and prostitution grew even more during the Edo period which we will cover at a later date. 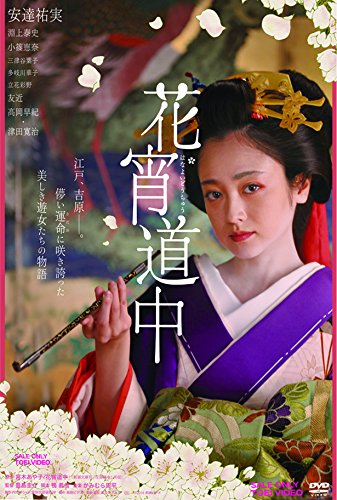 (Translator's note:  it's fascinating to see how welcome Japan has always been with the oldest of career paths.  Western Europe and USA—both with strong Christian roots—have shunned people selling sex in spite of it being a natural extension of the human need for companionship.  The Japanese may seem reserved in public, but when it comes to sex, they are very open about uniqueness.  Without this mindset, we'd never see some of the extremely unique adult video genres that are now household names to AV fans everywhere.)