Japanese AV Then And Now | Chapter 6: When AV Takes the Stage Part Two

The early 2000's was when those in the Japanese AV industry felt a desire to bring back the audacity of the bubble era with audaciously grandiose productions.

If there can be one title that really set the stage for large-scale Japanese AV going haywire, then it's surely this one combining a quiz challenge with hordes of men and a single woman produced by Deep's (a division of Soft on Demand) in 2003.

It also was somewhat of a shock to see Yuuna Akimoto—a fan favorite of the more traditional major AV studios—make her indies debut with such a daring title. A production of this magnitude also had a larger-than-normal amount of cameraman on hand who were incredibly busy trying to take everything in (at only 90 minutes long, imagine how much was left on the editing room floor!). With such a large amount of people on hand, this production felt more like a live shoot than a performance for future video release.

I wonder if the amateur men thought Yuuna Akimoto's debut was normal in terms of adult video production standards. They'd be in for a surprise if they stuck around! Coverage was given to this title—a lot of it. But this also was the time many studios were releasing titles with major wow-factors making for a fierce battleground for all things outlandish.

So many wonderful things happened around this time in the AV world that I find myself having difficulties remembering them all.

Many of these such as the hordes of men versus one AV star entailed a big pay day for the star of the show and when I asked them why they signed on to this, they told me it was for reasons such as paying back debt, travel abroad, and even some plastic surgery.

The early 2000's were a time of big booms. There was MMA of course and competitive eating thanks to a certain hot dog champion. The latter remained in the spotlight well past its expiration date (it jumped the shark with Gyaru Sone). All in all, it was a very fierce time for all those involved and the results from this era speak for themselves. 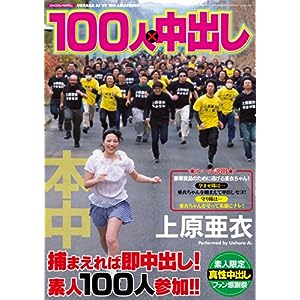 (Translator's note: That Youtube clip was the only example of Yuuna Akimoto's debut easily found that is also SFW. Those looking to see something amazing should check it out. AV studios may still be producing crazy titles, but none were as daring (and financially-strapping) as her debut.)