A look back on the latter portion of the golden age of Japanese AV featuring movies where all the actual sex was simulated.

The Halcyon Nihon Ethics of Video Association Era or NEVA up to the early 2000's.

Some Japanese AV stars used to not go all the way...at least not in reality. They may still appear in sex scenes and appear like they're having sex, but it's all acting and camera angles. The secret to this is closely guarded and is hard to spot from the point of view of someone not involved in the production. Nowadays, this type of 'sex-less AV star' is all but extinct and today's fan probably has never even heard the term until this reading this article.

Even today Japanese AV productions take much time to film, but back then, sometimes the initial photography process alone took an entire day. Also productions back then had a larger number of crew on hand (Translator's note: seriously, look at some of the productions from the 90's. The number of non-actors on set was ludicrous and a perfect example of an inefficient workplace.).

The process then (and similar to how it remains today) involves lowly assistant directors—or ADs—who arrive at an upscale apartment functioning as a studio around 7 or 8 in the morning. Around 9, the director and the acting staff and management from her/their agency arrive. Today's example will be for a 60-minute production and it will be 'sex-less'. Total time to film will take about 2 days.

Filming is quick with short breaks in between scenes such as 'the main event', softcore interludes, and also scenes that require some dramatic finesse—scenes with actual lines. The most important scene from a production standpoint is the one with intercourse (or it's simulation) so extra care is taken when the camera starts rolling. However, the filming process for some scenes can be be surprisingly quick.

Hard sex scenes can sometimes take awhile to film right so they may drag into the early hours of the afternoon. Makeup and outfits are changed quickly when needed. If the intercourse scenes are filmed without a hitch, further scenes can be done without much issue.

Once the sex scene is out of the way, it's around noon or in some cases, closer to 2. A short break for lunch is taken around this time. The vibe on set around now is one of tranquility because the most difficult part of filming is done. Make no mistake in that not all work is finished. However, what's left is pretty routine and is not that challenging to film.

Crew members keep the mood upbeat with non-business talk and filming usually concludes in the early evening. When on break, the Japanese AV stars relax (assuming they aren't new) by chatting, reading a magazine, or even doing homework or studying for exams if they're on the younger end of the spectrum. The acting staff has it pretty easy during the times when the camera is not rolling—this is excluding productions with dramatic scenes and actual scripts. Break times are often spent rehearsing one's lines for these types of productions.

Japanese AV sets of this era had a good atmosphere when the clock was stopped (except for the poor ADs). Some sets as of late seem to consist of people with less a desire to make something beautiful and more about simply clocking in and doing one's assigned task. This may be just how the adult business is of late where the honor of improving the art is replaced with simple reality.

This type of tramquil studio environment is the perfect setup for 'sex-less' Japanese AV—productions where sex is shown, but is actually just simulated. With these productions, the chance of an accident happening is rare. Also, the actors do not need to worry that much about maintaining an erection let alone ejaculating on cue since they're both non-issues.

And that 'ejaculation' shown on film? Camera angles plus a dropper-like device affixed next to the penis that squirts out a semen replacement. These types of AV films do not drag during the filming process and there's rarely a worry of staff and actors alike being late for non-work activities like dating and the like. Work ends on time and generally everyone is in good spirits...

...of course this does not true for every staff member and every set. 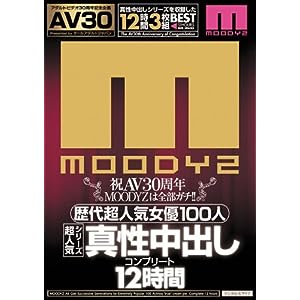 (Translator's note: Yes, can you believe there used to be a time where the sex was fake? If you still have old Japanese AV movies on hand, take a look at the final portions of the hard scenes. You'll frequently either see some strange camera angles when the actor unloads and/or an out-of-place cutaway. Of course, not all companies played by the self-regulation and draconian rules of NEVA...)